Are you a Force Multiplier (an Indispensable Leader)? 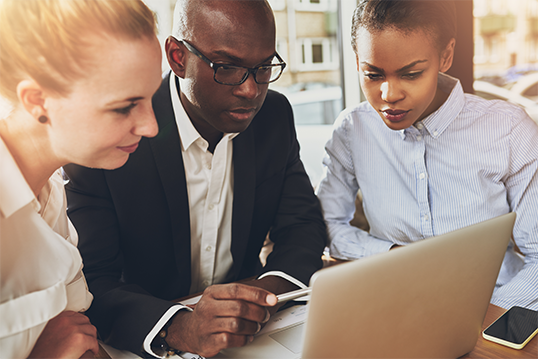 Last year I hosted a going away party for a close friend. It was a small gathering of some of his closest relationships. Within two weeks of the party, my friend would be deployed to Afghanistan where he would spend the next year aiding the military reduction in force.As he sat in my living room pondering his uncertain future, we each took turns, expressing our love for he and his family, providing words of encouragement, and vowing to protect and help provide for his wife and their two young children while hewas gone.

As we went around the room, there was one person whose words I personally had been waiting to hear. He was anofficer in the army and had attended many of these “deployment parties” as he called them, so I knew that his perspective would be unique. But I was in no way prepared for the lasting effects that his words would have on my perspective of leadership.

The officer began his sharing by saying, “You are what we in the army refer to as a “force multiplier.” The overall effectiveness of your group is increased by your presence. Because of your personality and character, you bring out the best in each and every resource you come into contact with.”

Those words resonated with me. As one who trains leaders, I often hear experts and even other leaders, give all types of definitions of what a leader is. But whether referring to the ability to provide vision and direction; the ability to solve problems; or the ability to motivate others; there is one question that is rarely asked when talking about leadership effectiveness: “Is more accomplished by the person’s presence than would have occurred if they weren’t there?”

Many leaders, if asked this question regarding themselves, would immediately answer “of course.” But think about it for a minute. A lot of leaders spend more time interrupting work than they do multiplying it. They call unnecessary meetings, they micromanage, they randomly show up at other’s desks, they fail to give information, they misdirect and when frustrated or overwhelmed, they pass their anxiety down to their team. Not only are there not a lot of force multipliers out there, I would argue there are a good number of force dividers.

Even for those who are not dividers, there are also plenty of others who because of their lack of leadership ability are only capable of giving direction. I remember a conversation with a man who was looking for a new job. I asked him what things he was good at and the first thing he said was managing people. I asked him if that was really one of his skills (that should have been a hint). His response was yes, as long as I have people who want to work. He wasn’t a force multiplier; he was more of a force director.

The ramifications of not having leaders who are force multipliers are showing up all around us. Recently I heard an interview with the owner of a start-up business. As he discussed his business model he casually mentioned that he has no real managers. There is a top-level leadership team, but below that he doesn’t hire people to manage his staff. His reasoning was that they weren’t necessary. He decided that if he hired the right people, he didn’t need managers. And I’m inclined to agree with him, but only partially.

There really isn’t a need for mediocre leaders. For many, it is nothing more than another rung on their career ladder; a means to an end. And it is reasonable to conclude that these are the types of managers this business owner had experienced. But if this business owner had worked with force multipliers, his perspective would have been different. He never would have decided that he didn’t need someone who makes his employees better and increases their effectiveness.A force multiplier is never expendable.